If you were a seller, the Southern California housing market was a good one last year.

The economy improved. Sales jumped after a lethargic 2014. And prices climbed even higher, making an already expensive region even more so. By the end of November, the median home price for the six-county market was $438,000, up 6.8% from the same month a year earlier, according to the data from CoreLogic.

Still, the real estate frenzy cooled through late summer and fall. To what extent the slowdown could be blamed on the typical seasonality of home sales or to the price hikes that have made housing increasingly unaffordable is unclear. A better picture of the market’s health should emerge during the busy spring buying season.

Economists generally expect further improvement in the market, though they predict that the price increases will slow as fewer families are able to buy into it — a trend that started in 2013.

“Affordability is dulling demand,” said Leslie Appleton-Young, chief economist for the California Assn. of Realtors, which projects the state’s median home price to increase 3.2% this year, about half the pace of the 6.2% gain in 2015.

For now, many of Los Angeles County’s hottest burbs fall into two categories: Westside areas in the midst of a tech-industry boom and communities near downtown coveted for their older homes and short drive to an increasingly vibrant city center.

Even with the demand, some of these neighborhoods are seeing sales fall amid a lack of inventory, but Appleton-Young said they are likely to see further price growth. And despite affordability constraints, she’s bullish on Southern California’s housing market for the year.

“The signs are good,” she said, citing predictions for job and wage growth that should support the overall economy.

To gauge L.A. County’s hottest neighborhoods, The Times ranked them by the change in the median price per square foot for a single-family home. The median is the point at which half the homes are sold for more and half for less. The per-square-foot metric was chosen to best account for changes in the sizes of homes selling, such as older smaller houses that are desirable but have relatively lower price tags.

Sales and median prices reflect transactions involving existing single-family houses. The comparison is for the 11 months ended November 2015 with the same period a year earlier. All neighborhoods had at least 30 sales. (Source: CoreLogic)

The ritzy neighborhood north of Montana Avenue saw the largest gain last year. At $1,420 a foot, that’s the equivalent of $2.84 million for a 2,000-square-foot house. Known for larger homes than other city neighborhoods, the area has long attracted those looking for a spacious spread near the beach.

More recently, the neighborhood has grown even more exclusive amid a surge of international buyers and executives from the growing Silicon Beach tech hub, said Tregg Rustad, a real estate agent with Rodeo Realty.

“It’s not just Asia, it’s South America, Russia — the stability of the housing market compared to some [of foreigners’ other investment options] is very strong,” he said.

Also fueling the appreciation are developers picking up smaller, older homes at a premium so they can tear them down and build modern mansions. The surge in these smaller tear-downs helps explain why median per-square-foot price soared while the overall median for existing single-family homes dipped, Rustad said.

Agent Tracey Hennessey said she sees values continuing to skyrocket.“We are seeing more and more money coming into Santa Monica like never before,” she said. 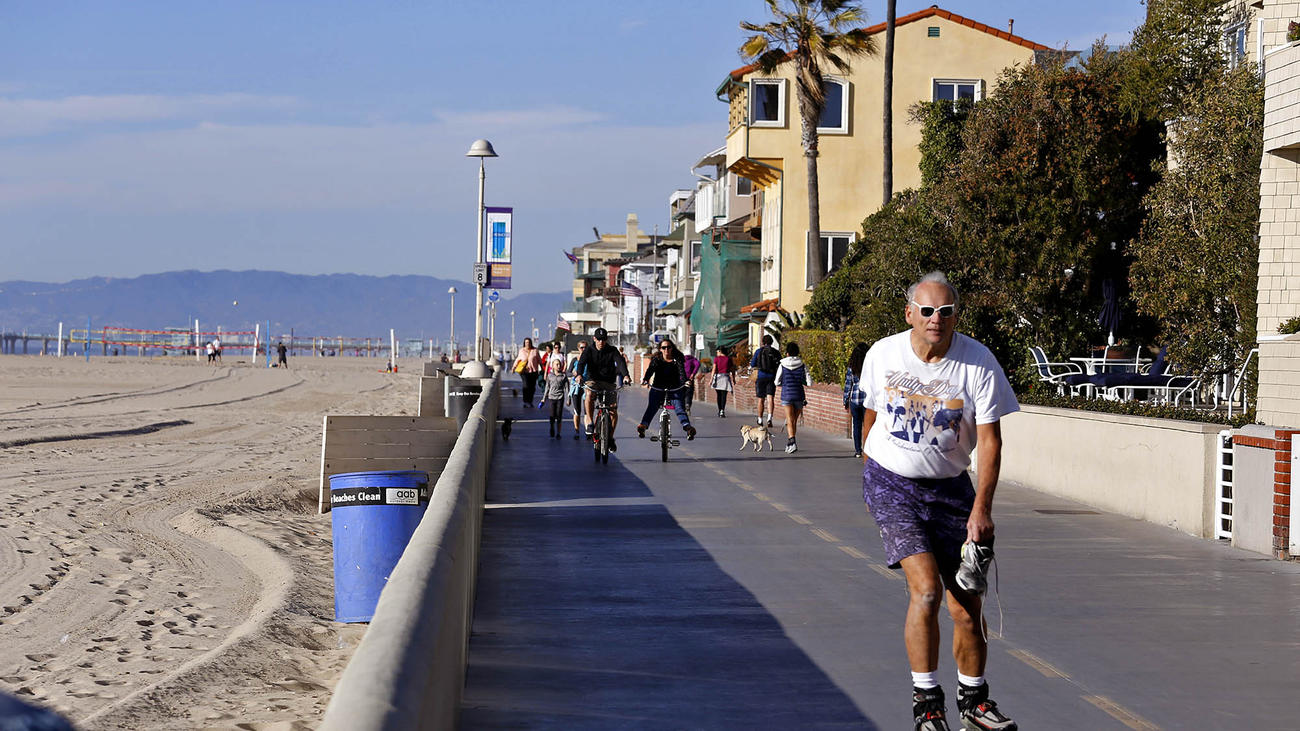 Strong demand, tight inventory, good schools and a view of the Pacific made Hermosa Beach a real estate standout in 2015. The small South Bay town also has something else going for it: It’s not Manhattan Beach.

Wealthy families priced out of increasingly ritzy Manhattan Beach — with its median price of $2.1 million — are looking to the next town over. But that’s pushing up values in a city that’s had more of a reputation as a younger party town, agents said.

“A lot of people are moving here from Silicon Beach,” he said. 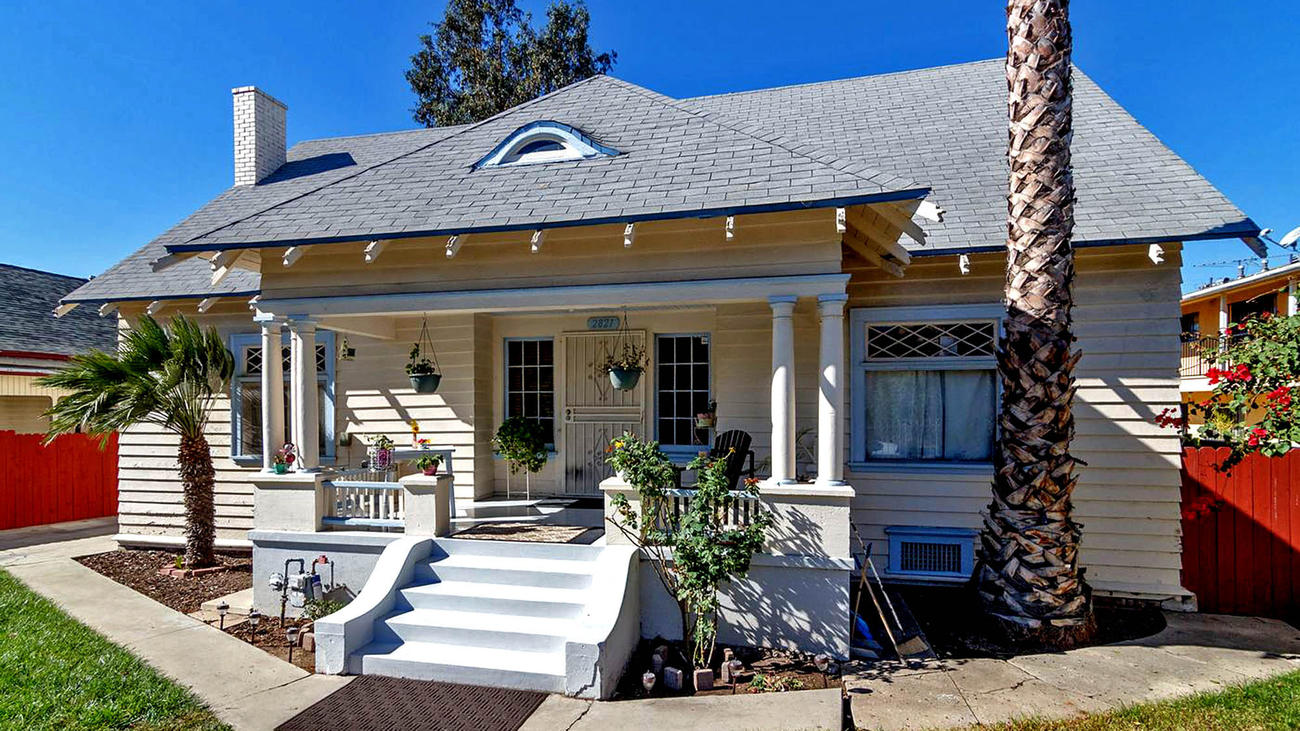 The neighborhoods north of downtown L.A. have seen values soar for decades — Silver Lake, then Echo Park, followed by Highland Park. As one neighborhood grows increasingly expensive, people priced out look the next block over, sparking debate over the gentrification of the working-class communities.

Now the same appears to be happening in 90031, which includes Lincoln Heights and parts of Elysian Valley and the more expensive Montecito Heights. Demand in Elysian Valley, a small neighborhood sandwiched between the L.A. River and the 5 Freeway, has been robust, in large part due to investors looking to capitalize on plans to revitalize the waterway.

“Investors realize this area is on the up-and-coming. Investors working in the Eagle Rock, Highland Park area are now shifting focus to this area as well,” said agent Mark Diffie, who added that the influx has unnerved some longtime residents.

In the larger area of Lincoln Heights and Montecito Heights, between the 10 and 110 freeways, prices are rising as well.

Jennifer Wenzlaff, an agent with Redfin, said would-be Lincoln Heights buyers are a mix of investors, singles and families. In her experience, many are renters in Silver Lake, Culver City and Echo Park, where they can’t afford to settle down. “My clients that love Highland Park – and unfortunately are priced out – are starting to look around,” she said. 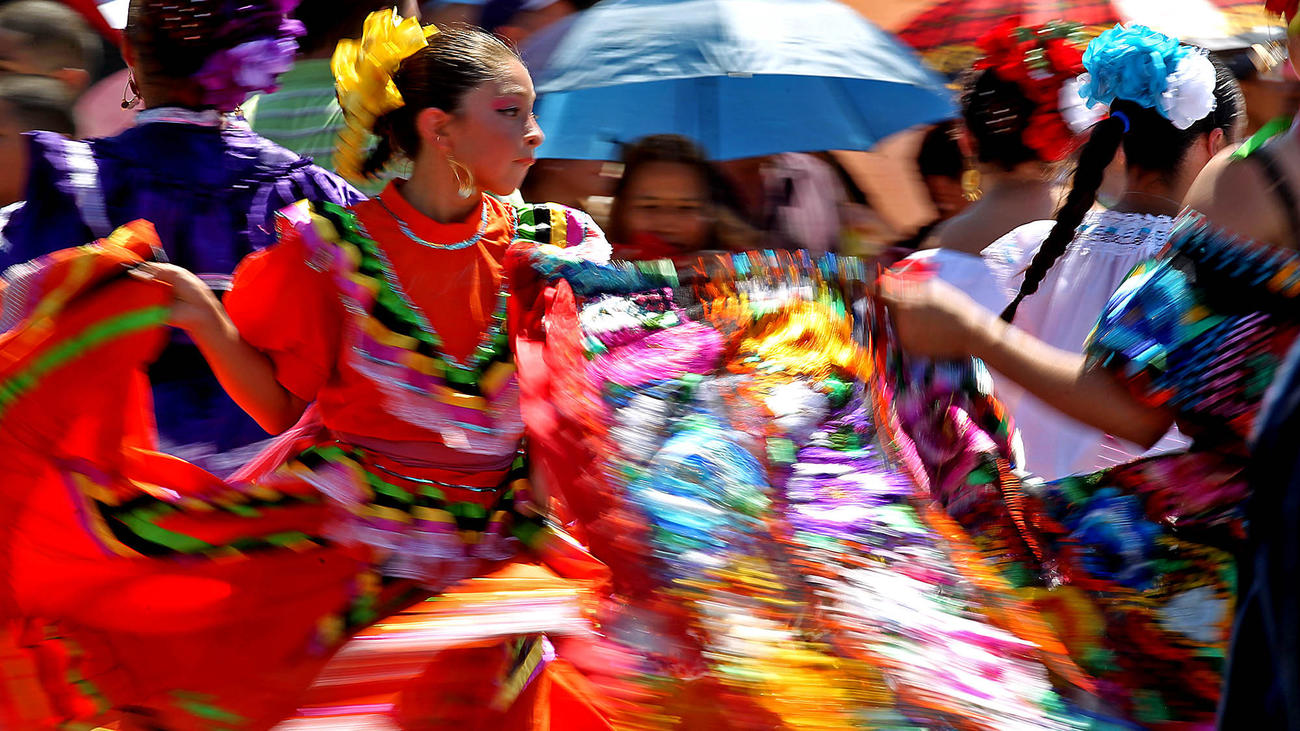 Forces similar to those in Lincoln Heights also are at play in City Terrace. The hillside community in unincorporated East Los Angeles has seen an influx of demand that’s pushed prices up, said Camilo Valentin, a co-owner of Red House Realty Inc.

Buyers have been a mix of those from outside the neighborhood looking for a relatively affordable Spanish Colonial near downtown, and former locals who went off to college or left for a job and are returning to put down roots of their own. Investors also are a heavy presence.

“You still get a bang for your buck — $325,000 with views of downtown L.A. You can actually see the Hollywood sign from City Terrace,” Valentin said.

Other East L.A. areas in 90063 have also seen increased demand lately, but not to the extent of City Terrace, Valentin said. He expects prices to climb higher there and for longtime owners to cash in, repeating a process that has played out in nearby Highland Park and other close-by neighborhoods. 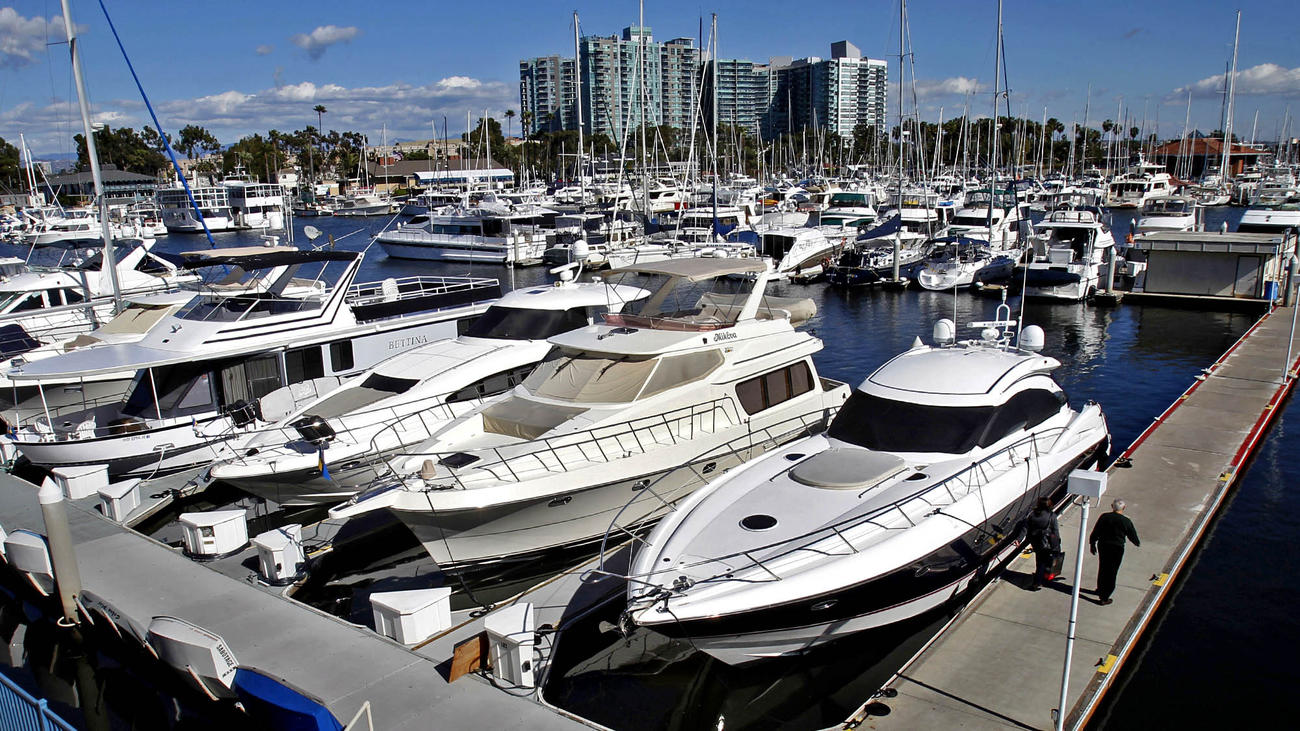 Another beachfront Westside neighborhood, another tech story. The flourishing online businesses that have created a wealth of jobs in nearby Santa Monica, Venice and Playa Vista have added an influx of buyers to an up-and-coming area, real estate agent Tami Pardee said.

While the marina had been relatively sleepy compared to next-door Venice, that’s changing, she said. New restaurants and stores are opening; the county is planning a massive renovation of its maritime, entertainment and hospitality attractions; and housing developers have projects in the works. 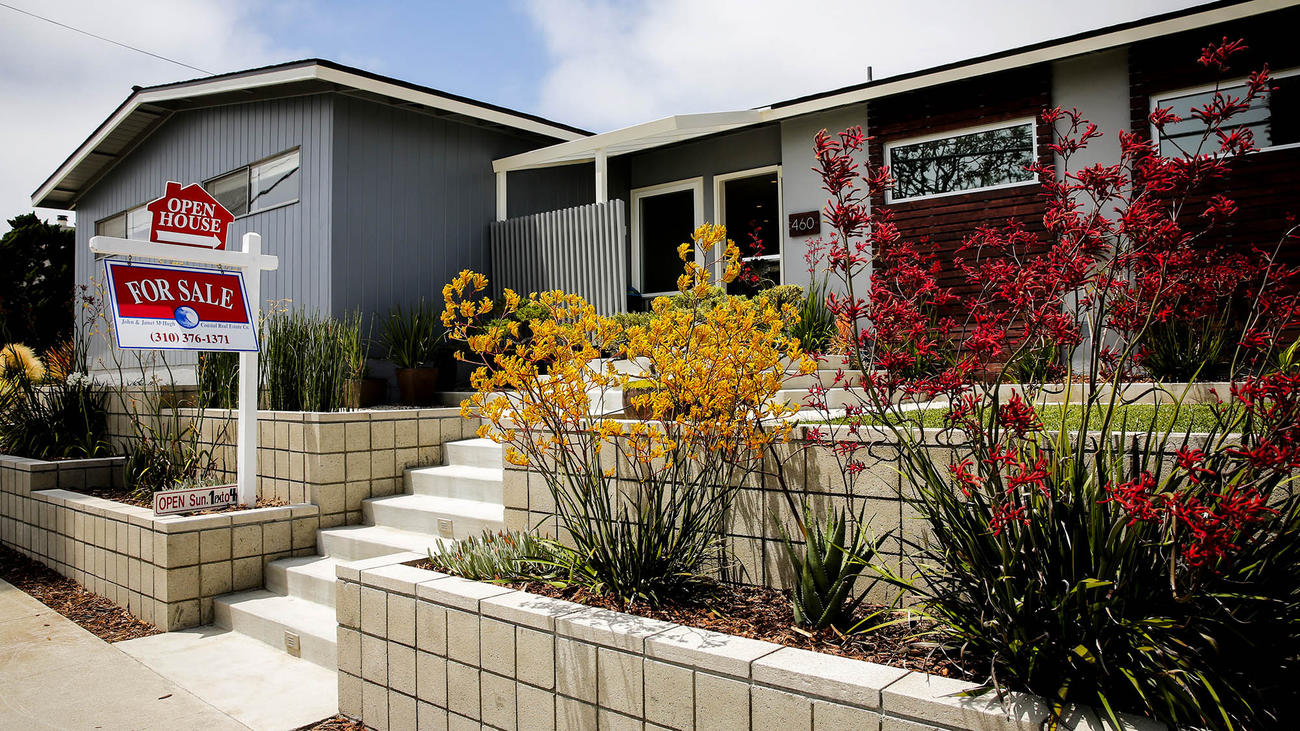 Manhattan Beach long ago ditched its reputation as a sleepy beach town. Professional athletes, tech executives, Hollywood types and other high-income earners are drawn to this city by its beach lifestyle, good schools and gourmet restaurants.

But buyers on the hunt for a home find all that competition means there are few for sale and at top prices.

Developers are also playing a role in driving up prices, buying a dwindling supply of cottages and throwing McMansions up at a rapid pace.

Real estate agent David Keller said he sees the dynamic holding steady, given the extremely low inventory in the city and lack of room for new development.

“I don’t think anything will change dramatically anytime soon — unless there’s some sort of economic catastrophe,” he said. 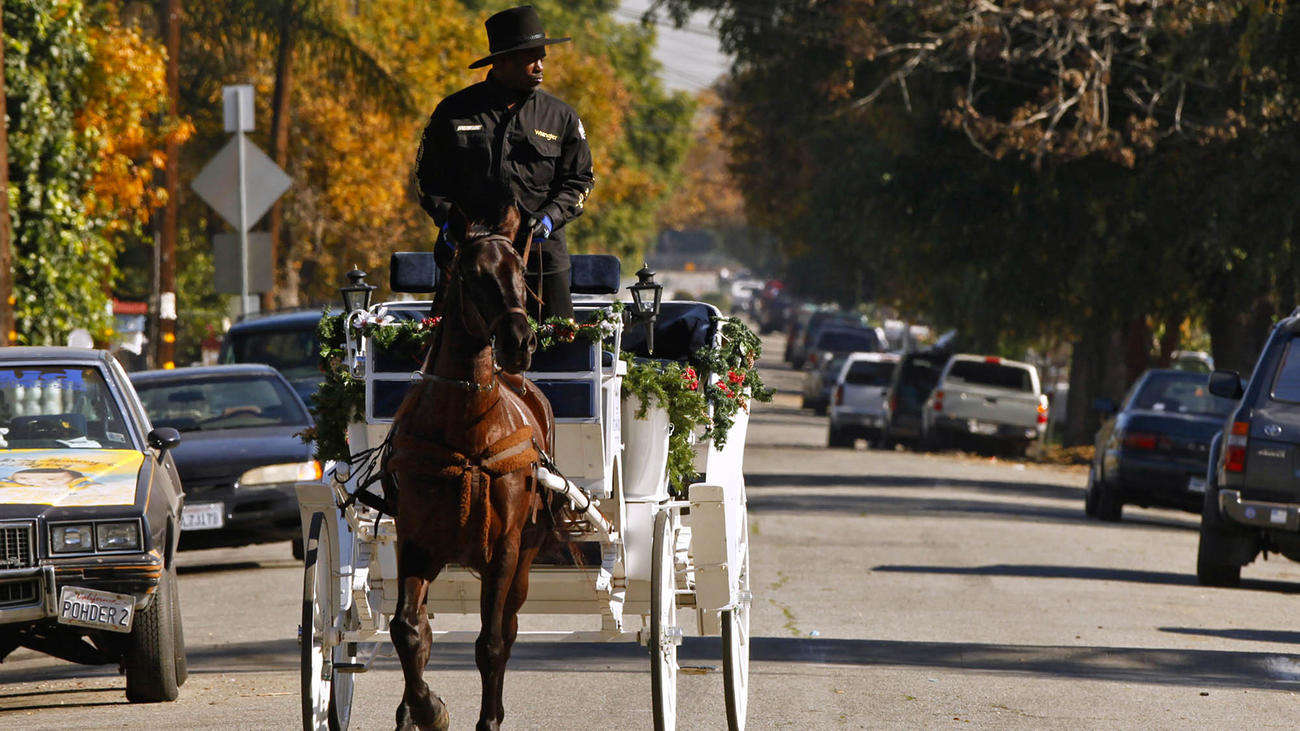 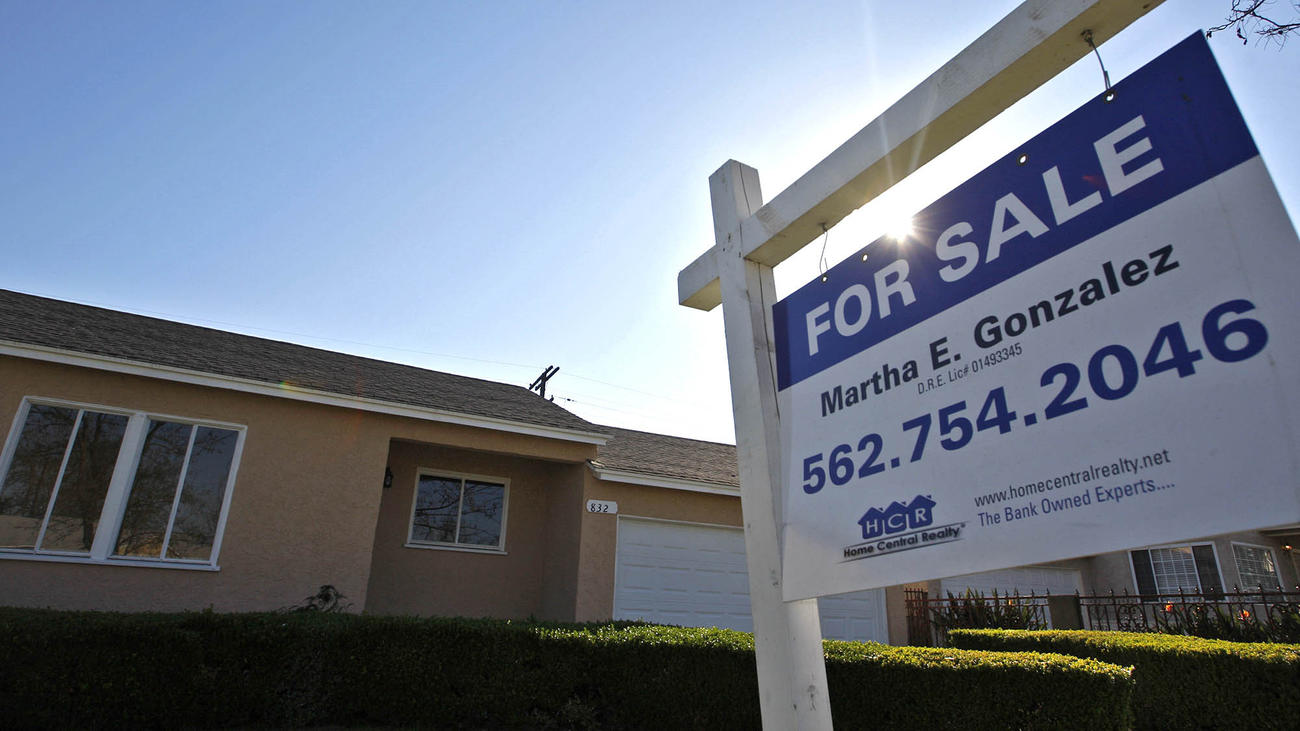 Compton was an epicenter of the housing bust as buyers who financed their homes with subprime loans went belly up. But prices have been rebounding for years, as has the city’s reputation. Crime has plummeted and after once shunning the city, large retailers have moved in.

Families from the South Bay and Long Beach areas are increasingly looking to Compton for a cheaper home, real estate agent Lulu Robles said. Families are doubling up — parents and a grown child with their spouse isn’t uncommon — to afford the mortgage. Low interest rates and down-payment programs also are giving more families the ability to buy, she said.

All of the demand has helped two neighborhoods — 90220 near north Carson and the adjacent 90222 near Willowbrook — see some of the strongest price growth.

Investors also have scooped up many homes to renovate, lifting values for those properties and the surrounding neighborhood, Robles said.

“It’s helping the area come up in pricing,” she said. 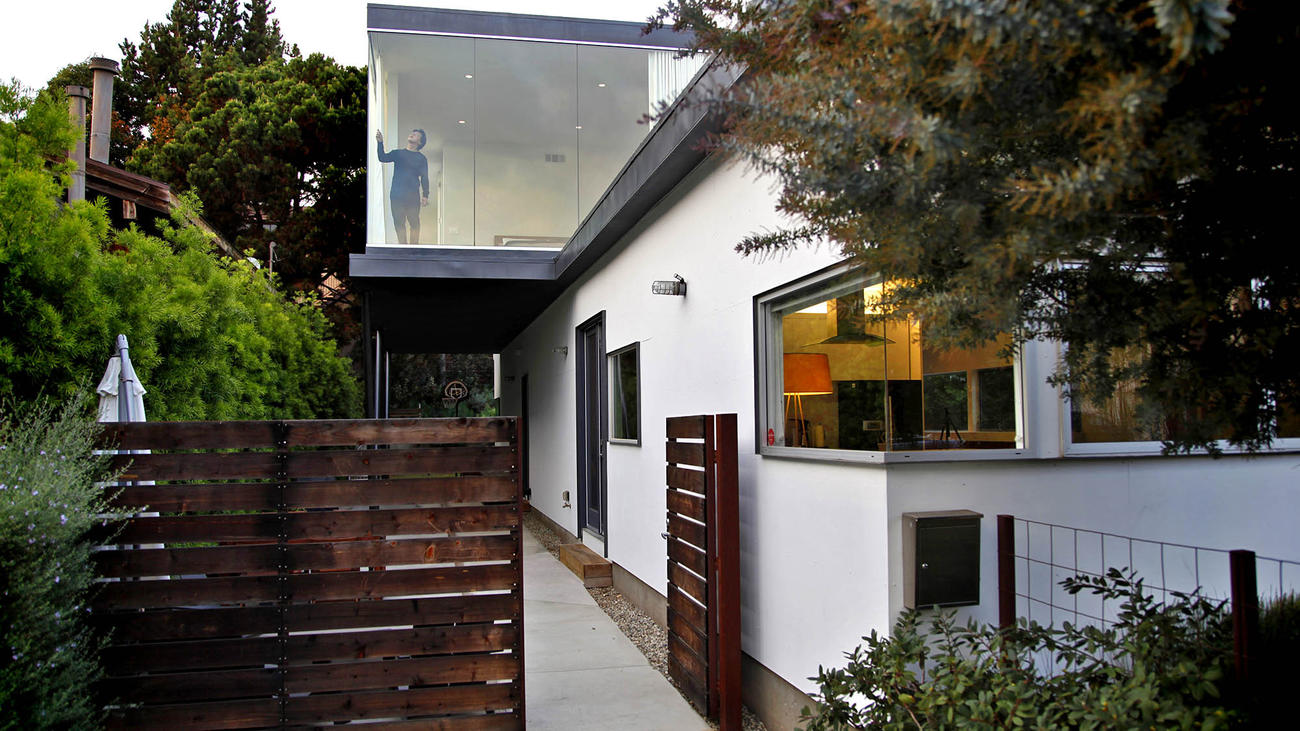 Real estate in this relatively low-key beach-side neighborhood at the end of Culver Boulevard is red hot. The culprits? Strong job growth and a dearth of homes for sale.

In particular, demand is heavy from workers in the growing technology and advertising hubs of nearby Playa Vista, agents say. In some cases, prices — at least on a nominal basis — have risen past those seen during last decade’s housing bubble, agent Jane St. John said.

“If you look at the number of advertising agencies along Jefferson Boulevard, many of those were not there three or four years ago,” she said. “That corporate expansion in our area is definitely driving things up.” 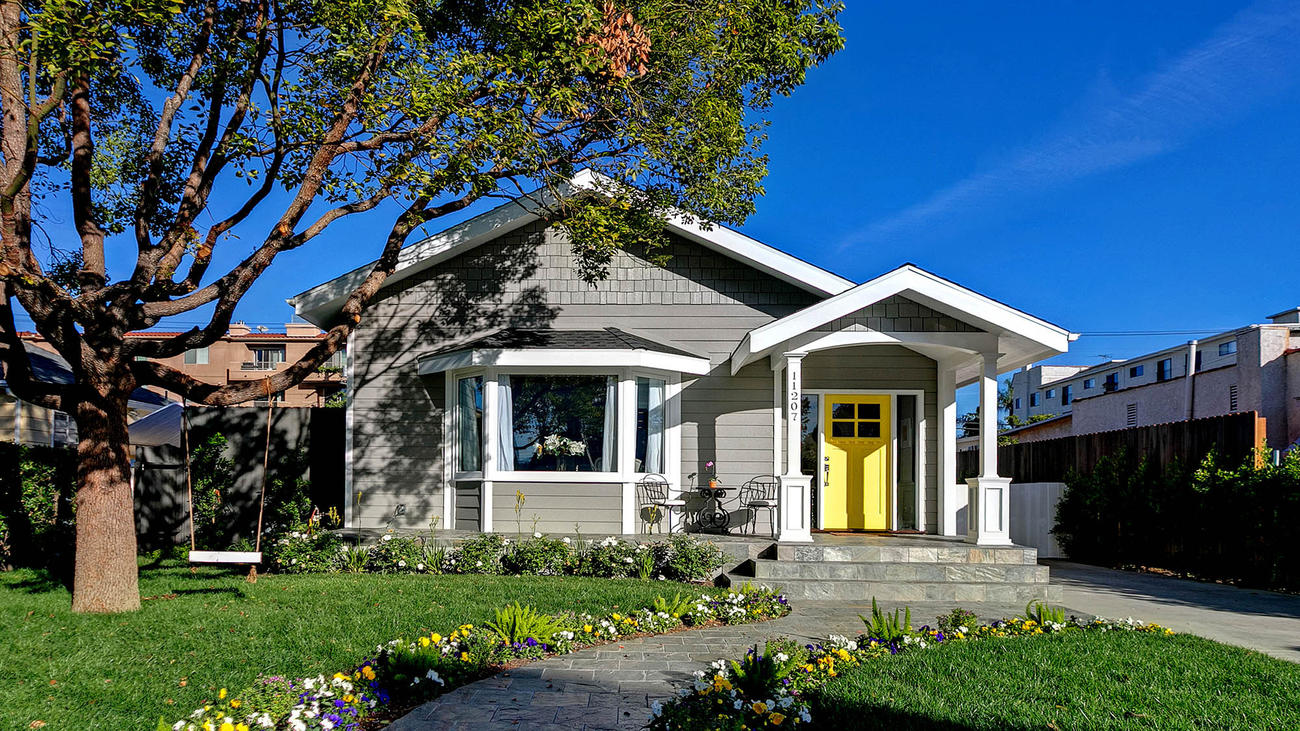 The San Fernando Valley has not experienced the pace of price increases of some other areas. But it’s not a surprise that Toluca Lake and Studio City are standouts.

The area has long been attractive to Hollywood executives and wealthy families looking to be near elite private schools. More recently, Studio City has become a hot spot for young urban professionals amid an explosion of bars and restaurants.

And with all the talk of the Federal Reserve hiking interest rates, real estate agent Matt Epstein said many buyers decided that it was time to make their move. He said developers also are shelling out for older homes to renovate or tear down to build towering replacements.

“Developers are willing to pay a premium,” he said.

The flood of activity here — like the market as a whole — has slowed its pace in recent months, but Epstein doesn’t foresee a bubble about to pop.

“I don’t see prices going down, but leveling out,” he said.